← more from
Hive Mind Records
Get fresh music recommendations delivered to your inbox every Friday.
We've updated our Terms of Use. You can review the changes here. 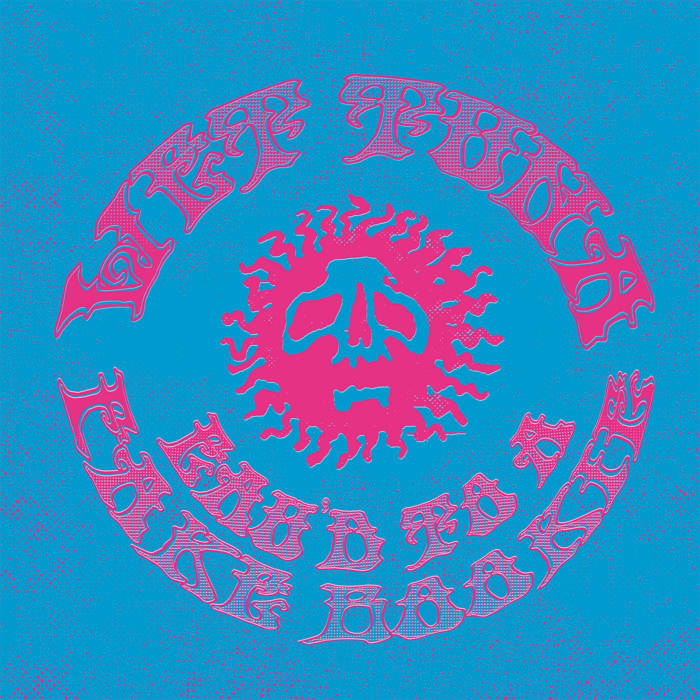 If you'd like to listen or buy the digital albums then grab 'em direct from the band:

Hive Mind Records are here to help you through the winter months with this generous helping of Wet Tuna and their signature deeply fried rural psychedelia sprawled across a double album housed in a dayglo print gatefold sleeve.

Matt Valentine (MV) and Pat Gubler (PG Six) have been jamming together since the mid '90s, floating around in the US psych-folk scene, playing together in Tower Recordings and separately with influential underground crews Woods, The Golden Road, Garcia Peoples and The Weeping Bong Band. Both MV and PG Six have been prolific with their solo work and over the years they've recorded for labels such as Ecstatic Peace, Drag City, Woodsist, Three Lobed, and Crash Symbols and we are very happy to be joining such esteemed company.

On these recordings, made during the first months of the COVID lockdowns in the forests of the Vermont wilderness, MV and PG Six handle the guitars and synths but they're joined by fellow forest freaks S. Freyer Esq, Jim Bliss, Coot Moon and Carson 'Smokehound' Arnold on bass and drums. Brought to you in their patented mind-expanding SPECTRASOUND, Eau'd To A Fake Bookie Volumes 1 & 2 delivers a heady broth of deep, cosmic psychedelia, primitive drum-machine grooves and woozy country-funk jams.

WET TUNA was formed for all beings. legendary DJ/HEAD jeff conklin says "revel in the earth/space magic". be here now & beyond...it's not just a stream, GET WET.
eternally yrs ->
MV

Bandcamp Daily  your guide to the world of Bandcamp